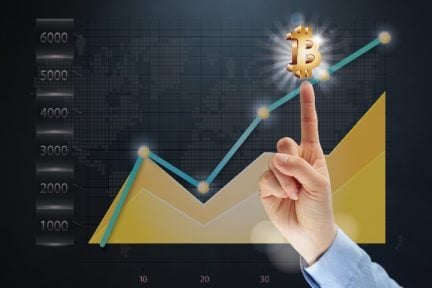 The first recorded bubble crash dates to February 1637 in Holland, called “Tulip Mania” when the sales of tulip bulbs skyrocketed at soaring prices. The tulip was different from every other flower known to Europe at that time, with its intense petal color that no other plant had.  Soon it would become a status symbol and was known to be a trade fortune that could yield profits of 400%.

Throughout time, the world’s economies have repeated itself with events like the Dot-Com bubble, roughly between 1997 – 2001, with soaring technology company stock values that lost much of that value by 2002.   The United States Housing bubble prices peaked in early 2006, saw rapid growth in 2006 and 2007, and finally on December 30, 2008, the Case–Shiller home price index reported its largest price drop in its history.

Cyrptocurrency in the Market

Markets will rise and fall as history has shown us and the latest craze is cryptocurrency.  So, what is the future of Blockchain and Cryptocurrencies when prices are at an all-time high?  According to Bloomberg, “Bitcoin rose 88 percent from Dec. 1 to 19, then fell 23 percent by Dec. 30, a net 44 percent increase for the month.”  The report goes on to explain a few factors that contributed to the raise in December.  Most notably, Speed and Ease, (which relate to transaction convenience) and Community, (which refers to the size, quality and enthusiasm of the developer and support community).

Bottom line is, cryptocurrency markets aren’t all the same nor built the same.  Eventually, some blockchain applications will turn out on top and others not.  It will come down to future technology developments, transaction security and if 2018 is destined to become the year of regulatory reckoning.

For now, the beauty of a free market and the consumer desire for variety will lend favorably to the expansion and development of Blockchain and Cryptocurrencies in the marketplace.

To learn more about becoming a partner of Bright Apps with Blockchain development, contact us at info@brightappsllc.com.